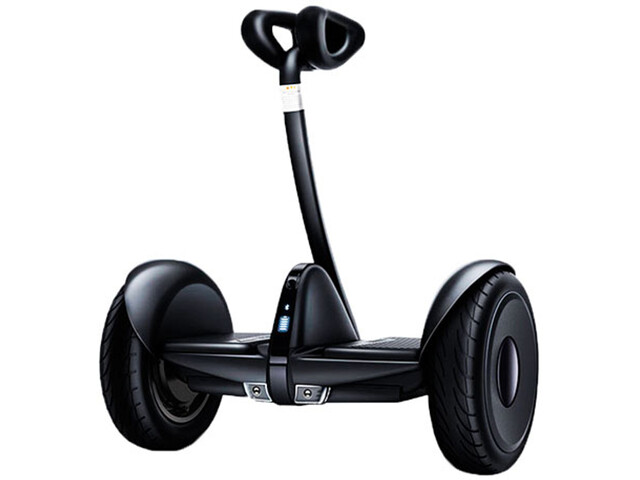 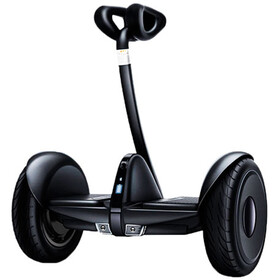 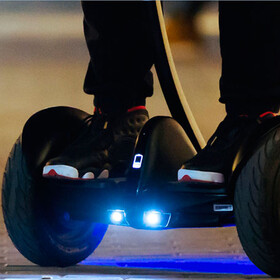 Climb on the new Ninebot mini and marvel at the cutting-edge technology that powers it. It features a self-compensating mechanism that moves slightly forward with just a slight tilt of your body. The simplified driving experience is supported by a combination of advanced control algorithms, precision sensors and high-performance processors.

Master the Ninebot in just 3 minutes
Just get on the board and ride like a pro in a few minutes. Precision sensors continuously detect the smallest movements at least 200 times within a second and keep you in balance all the time.

4x faster than running
It weighs only 12.8 kg and is able to go up to 16 km/h, which is 4 times faster than the usual walking speeds. You can even drive 15° inclines to cope with different road conditions without sacrificing safety and stability.

Safety and appearance
To ensure your safety, a lighting system consisting of automatic headlights and LED combination rearlights has been installed. The headlights illuminate the path and have a range of up to 5m. The 2 LED rear lights are blue as standard. It turns red when you brake and turns yellow when you turn left or right. The lighting consists of headlights, rear lights, signal lights and brake lights.

Bluetooth-enabled
Operate the Ninebot mini in two different ways. Drive off normally or control it with your phone via Bluetooth. Simply adjust the speed and direction from your phone.

Battery
The Ninebot Mini has an amazing range of 22 km. It is equipped with a powerful 18,650 lithium battery with high capacity, which continuously discharges up to 1,200 watts and is suitable for longer journeys.
Self-learning mechanism
As you learn to improve your driving skills, the Ninebot mini continuously learns to improve your driving experience. This intelligent self-learning algorithm combines industry knowledge from Ninebot and Segway. It uses built-in precision sensors for weight, motion, speed, temperature and power to capture your body's movements and uses this information to create an algorithm that best suits you.