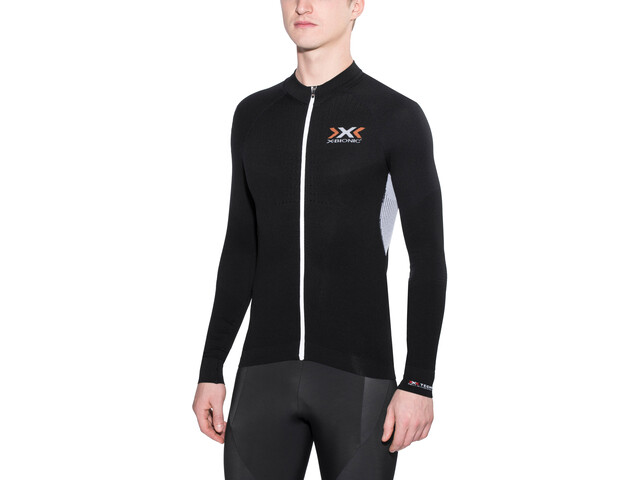 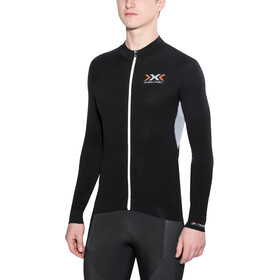 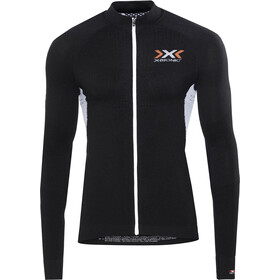 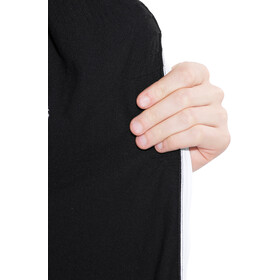 Skin Nodor
Skin Nodor is a climate-activated nano-filament which incorporates an inorganic, bacteriostatic ingredient in its interior. The gradual release of ions, which are activated by body heat, is the key to the effectiveness of Skin Nodor. These ions inhibit the growth of microorganisms rather than eliminating them outright, thus preserving the delicate balance of the skin‘s ecosystem. In other words, Skin Nodor is bacteriostatic (i.e. it inhibits bacterial growth), rather than bactericidal (bacteria-killing). Therefore, allergic reactions do not occur. Skin Nodor is especially soft and breathable and provides superior fit.

The Trick
Normal thermoregulation during athletic activity follows defined rules: When the body temperature during activity climbs over a certain point, sensors in the back notify the brain via the spinal cord of the need for cooling. Only then is sweat produced to cool the already overheated body. With The Trick, the developers at X-Bionic have found a new and superior way to thermoregulate. Along an insulation zone on the spine, an overheating of the body is simulated, and the brain kicks in with early sweat production.

37°C CCR-Technology
The human body knows how to adapt quickly and effectively to physical exertion. Heart rate climbs in order to drive more oxygen into the veins. So that the body core temperature stays at 37 °C, more blood is demanded by the peripheral blood vessels where it can be cooled by the evaporative process with sweat. Technical apparel that takes sweat away from the body disturbs the natural cooling effect. That costs extra energy, instead of assisting the body. More sweat and more valuable minerals are lost. That's exactly the problem that X‑Bionic SystemGear effectively prevents whilst also supporting the body in its performance ability.

Expansion Ribs
Expansion Ribs knitted fabric fold apart based on the accordion principle, insuring that cold doesn’t cool down the elbows. Event when sharply bent during activity, the insulating effect is maintained through warm air that is already stored in the interior. The flexibility of this technology and elasticity of the yarn allow for the freedom of movement.

Sweat Traps
Trap perspiration before you start to feel it. Wick perspiration away so it can evaporate using heat dynamics. A film of perspiration – too thin to be noticeable – is left behind to cool the skin.

X-Impact Technology
The unique X-Impact Technology by X‑Bionic creates a perceptible pressure all over. The sensation stimulates body awareness without restricting freedom of movement or affecting fit. You move more precisely and more effectively, and your muscle performance improves.

Excellent piece of cycling garnet. Bearing in mind that the it comes very tight (I have purchased an M size whereas usually I have an S), the performances in terms of heat and sweat management are remarkable. The quality is also very good.