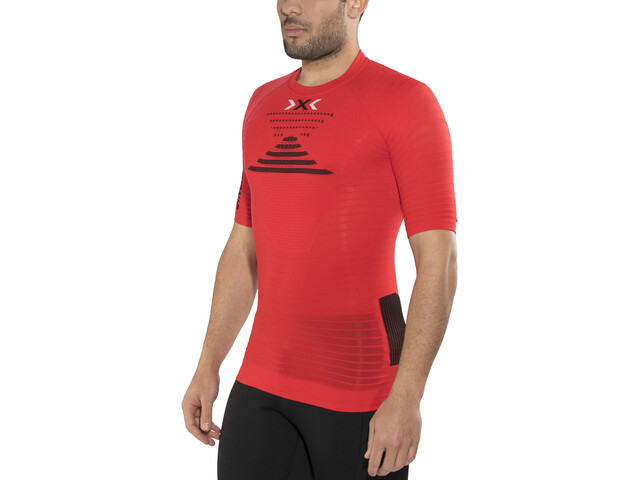 Step beyond the current limits of physics? All clear ahead! Effektor Running Powershirt. The blood in your arms have a tough road back to your heart – long, against the force of gravity and against the centrifugal force created by your arm movement. The Effektor Running Powershirt therefore not only has performance-enhancing X-Bionic Partial Kompression in the entire upper body, but it also increases the compression applied to the arms. The return of venous blood has an easier time of it, and your cardiovascular system saves energy. You gain even more power with the large 3D-BionicSphere System on the back. It relieves your body’s own need for temperature management.

Sweat Traps
Trap perspiration before you start to feel it. Wick perspiration away so it can evaporate using heat dynamics. A film of perspiration – too thin to be noticeable – is left behind to cool the skin.